No spikes for Spike

Out for a walk the other day, the three of us (two humans and a doggie) were walking past an ornamental garden area. Form the corner of my eye, I spotted some large flowers and did a double-take. 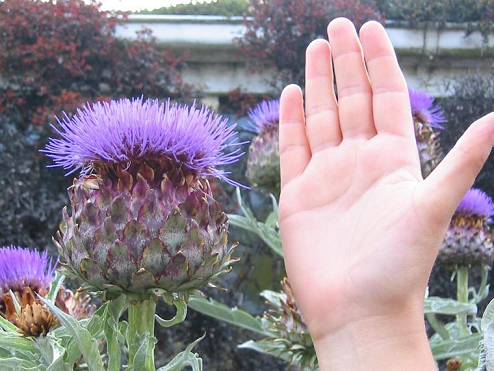 "My my," I thought, "that's a rather large thistle."
Of course it came out a little differently, leading Julie to make a certain observation. 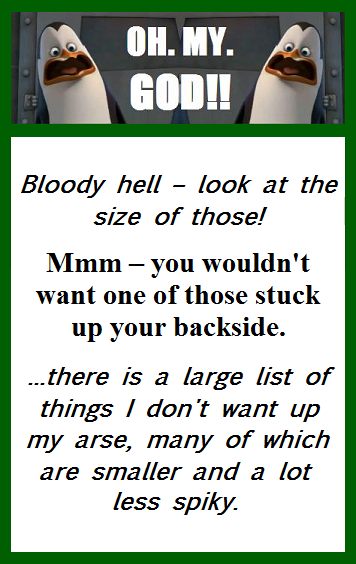 Posted by Spikeyboi at 6:00 am No comments:

Email ThisBlogThis!Share to TwitterShare to FacebookShare to Pinterest
Labels: a step too far, being silly, biology, flowers, garden, NOPE, out and about, pain

No entry. It's your own fault.

What is it with my family and keys? 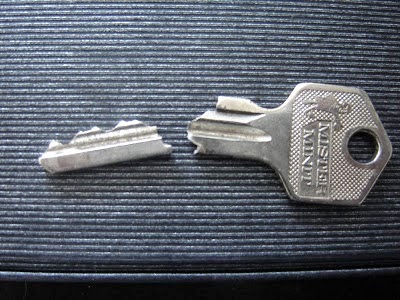 Years ago, when me and my sister were just kids, we all went on a day out and had ourselves a wonderful time - right up to the point our parents locked BOTH sets of car and house keys in the boot. Or trunk, for non-Brits. Cue an expensive journey home, including three trains, a bus and a taxi. Not necessarily in that order. And then we had to break into our own house. Oddly enough, it was soon after that that us kids got our own house keys. I wonder why...

Some years later, I was working night shift at the Cadbury factory in Birmingham, when my shift leader came to me with a message that my parents were at the security gatehouse and needed to see me. I started panicking - after all, when you get an unexpected visit from your folks, it's not often good news. Besides which, you will have got the gist already. Yes, they had gone out for the evening and locked themselves out. I had a little rant about communication.

Fast forward some more. Not long after I had moved south to live with Julie, the two of us went to the beach. I'm not great with the idea of leaving my belongings unattended on the beach while we go for a swim, and there was a small pocket on the inside of my shorts. Unfortunately, when I went for a dip, the keys fell out. Fortunately, I found them rolling in the surf on the water line. Fortunate indeed. Never before or since has Julie been so angry with me.

And now yesterday.
I was talking to my Mum by means of the old telephonic device, and she was telling me of her 'little bit of fun' the day before. Apparently, my mother had had a hospital appointment. Parking there is abysmal, so she booked a taxi, removed a lot of crap from her bag in order to make moving about on crutches a bit easier, and then shut the doo...oh shit.

No sooner had the door clicked shut than she realised she hadn't put the house keys back in her handbag. Crap. The taxi and appointment still need to happen, so off she went. When she got back, my mum found that while house keys were absent, she did have the car key. Deciding to use a cafe as an impromptu office, Mum tried to think of how to get a locksmith - not having one on speed dial, you see.

Having failed to come up with a solution, Mum then went to a garage to fill the car with fuel, and noticed a police car there. Collaring a copper, she asked him if he knew of any locksmiths in the area. Confused, he asked why, and got the whole story. 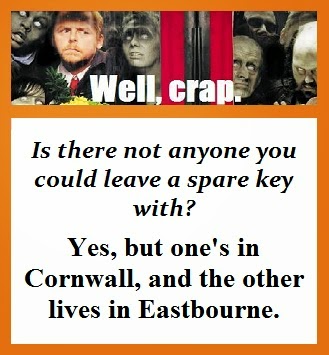 Interestingly, I have come across a couple of good ideas for trying to make sure you have a house key with you at all times. 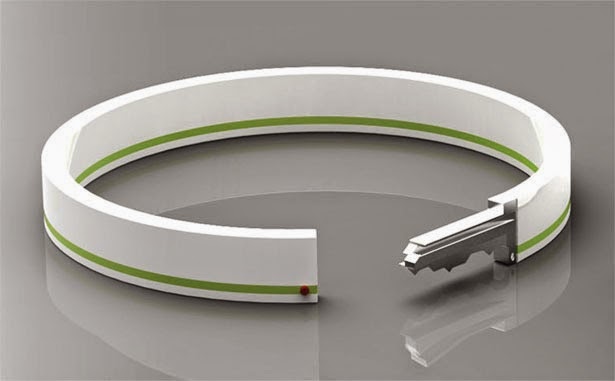 Found on Tuvie, this one looks funky, but I can see you would have to have a key specially made. Far better is this idea from Pocketbands.com - it's a silicon rubber bracelet with a pouch for you to put a key or an emergency tenner inside. 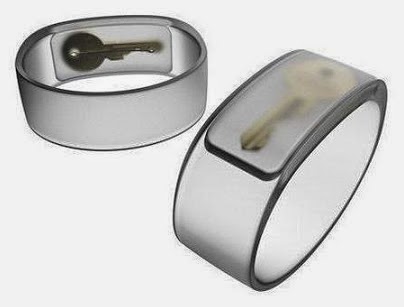 Naturally, the bands you would wear would not be transparent - it sort of defeats the idea of hiding something. I'm seriously liking this product, actually. Ideal for kids, clubbers, people on the beach (ahem), I am actually thinking about finding out if there is anywhere over here that flogs them.
Posted by Spikeyboi at 6:00 am No comments:

Yes, this is all about goodbye, I'm afraid. 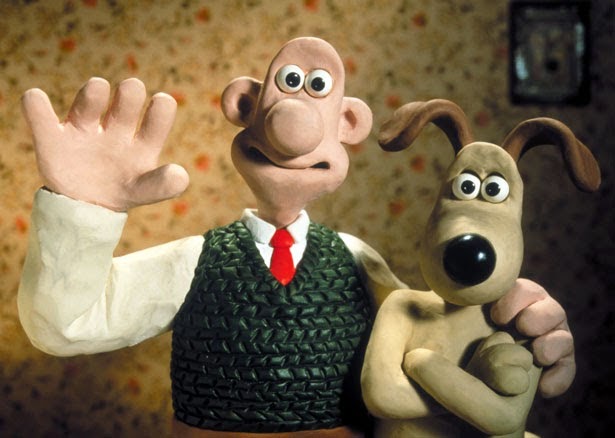 It's been a good few years, and yet this moment had to come. Today, I have decided to blog about bidding people fare-thee-well...

You thought that Julie's Gems was ending? Oh no, I'm on about a particular instance when I was meeting up with some friends.

My job entails working a twilight shift, meaning that all the evening activities (Magic: the Gathering) had to be knocked on the head. On Monday, however, work had been cancelled, so I found myself free to play some cardboard crack (as M:tG is often known).

A good night was had, a Conspiracy cube was played, as well as a three-way standard, and some very nice trades for decks we were constructing. Not only that, but there was discussion about wedge commanders, Khans of Tarkir, and the merits of using counters or dice.*

However, all things must end, and I gathered my stuff together and dropped by various groups to say my goodbyes.


For none-British people, a Brummie is a resident of the city of Birmingham. Along with residents of the nearby area known as the Black Country (all the coal), including Walsall and Dudley (or Doodlay, as it is pronounced), this is a common way to send someone on their journey. 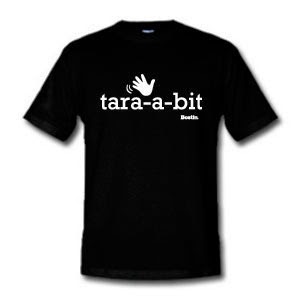 In any case, my contribution was well-received and served as a good way to end the shenanigans.

* Ladies and gentlemen, this conversation is currently cruising at an altitude of 20,000 feet over your heads...
Posted by Spikeyboi at 1:53 pm No comments:

Rubbing her up the right way

What with the hot, close weather, and a few other factors, the last few days have been quite draining. If you were to draw a diagram of my sleep pattern, it would probably resemble a Julia set.

As I write this, it is roughly 8:30, and I have been up and about since 4:30-ish. I have played cards, read some of a science book, done some writing, had a spot of breakfast, and completed a few puzzles in a magazine. About half an hour ago, Julie woke and switched her radio on to listen to the news. Roxy heard this from downstairs and came up to bid her 'good morning' and have a bit of attention.

I got dressed and came into my office to do the 'dailies' as I refer to my regular activities. However, no sooner had I sat down, than I heard Julie pipe up with something that absolutely demanded a reply. 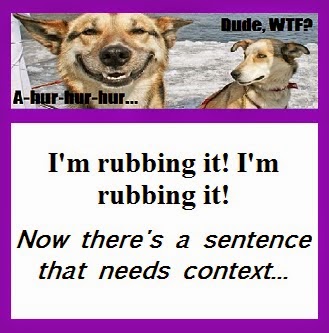 For those of you that didn't know, Roxy is a bit of a tart, especially when it comes to having her belly rubbed. In fact, she will often go out of her way to make it easy for you and to indicate, in that ever-so-subtle manner of hers, that she wants a belly rub. 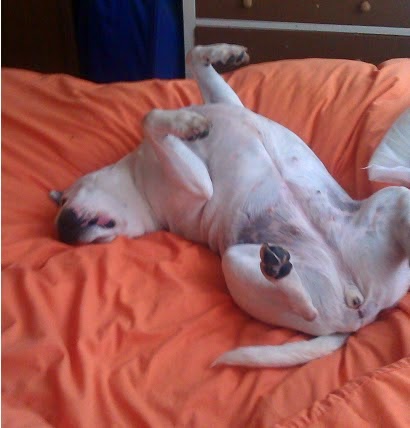 Posted by Spikeyboi at 6:00 am No comments:

Some time ago, I reported that Julie had trolled me as we were out for a drive (Fingered...). I'm sorry/happy to say she has done it again. 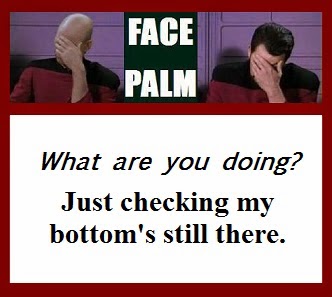 What? Sorry - you want context? What's to say? I mean, we're driving along and I slowly became aware that Julie appeared to be groping her own arse. Then I asked a silly question.

All I could think of though, was one of Paul Whitehouse's characters from The Fast Show, Clive Tucker.


Incorrectly listed (initially) in many articles as having a sneezing problem, you will clearly see from this 'episode' of Country Matters with Bob Fleming, that he has a different trouble altogether...

Posted by Spikeyboi at 1:43 pm No comments:

Driving back home the other day, we were passed by someone in a bit of a hurry.

In Britain, the national speed limit on normal roads is 60 mph - unless otherwise stated, of course. On dual carriageways and motorways, this goes up to 70 mph - again, unless there are signs telling you otherwise.

On this occasion, I estimated that the now rapidly-disappearing dot in the distance was going at least ninety. At times like this, I wish I could just open the window and drop a flashing blue light onto the roof of the car... 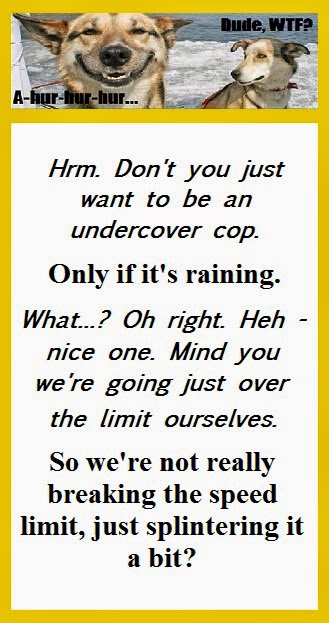 Splitting hairs, but I suppose it would be an entertaining defence to try out in court...

Posted by Spikeyboi at 11:29 am No comments:

A lot of our Gems come from when we are driving. I'll be concentrating on the road and the pillocks on it, and Julie will normally start drifting off to sleep, passing through a rich vein of Gems on the way.

On Sunday, we took Roxy back to the rescue centre, where she met up with one lady who had formed a deep attachment to her - and it was mutual. Both Roxy and this volunteer were over the moon to see each other.... but I'm getting way off track.

Years ago, I used to work at a dairy that was some distance from home. Despite this, there were a number of colleagues that lived in the same town as us - or pretty much on the way. This meant that there could be a bit of fuel saved if we shared a shift and a car for the journey. One of my colleagues had a fun little habit. Instead of wolf-whistling or shouting some crude epithet in appreciation of a comely young lady, he would shout 'sausage!' This wouldn't be aimed directly at the young lady, but just exclaimed in general, almost as an observation.

It's not hugely subtle, I admit, but since I picked up the habit - and then passed it on to Julie, it's become a lot less subtle. Shouting it out about a man? Wow...

The first time Julie did it, we were driving past a cyclist. I'm not sure who was more surprised, me or the cyclist. I know we both wobbled as we tried to keep on the road. Apparently, Julie had forgotten her window was open.. 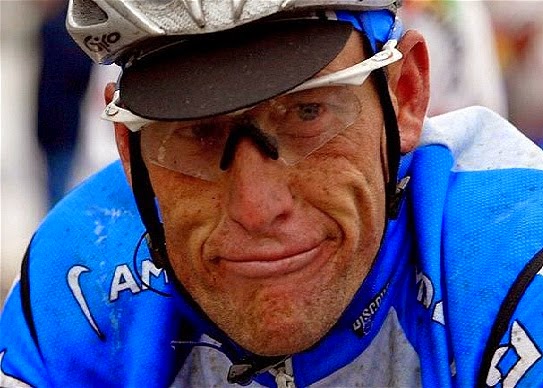 Anyway. Out for a drive to the rescue centre, and to the side of one road were the remains of an animal. A mammal of some sort - that's all we could tell.
Mind you, Julie reckoned it had a doppelganger.

This last was aimed at a cyclist we were passing. As I tried to contain my laughter, I looked my mirror and found that the lycra-clad bloke was doing the same thing...

For reference - some people may not have seen Ice Age (why not?). Scrat is a sabre-toothed squirrel with a fondness for acorns and a case of bad luck big enough to hold the world.

Meanwhile, Sid the Sloth is an intentionally pathetic character who nonetheless has a decent side. Useless at pretty much everything, Sid only ever achieves anything by accident, and sleep usually only arrived at after some awkward shifting around on a bed of rock (and it's possibly that was meant to be a geological pun).

Posted by Spikeyboi at 11:42 am No comments:

What I'm reading via Shelfari.